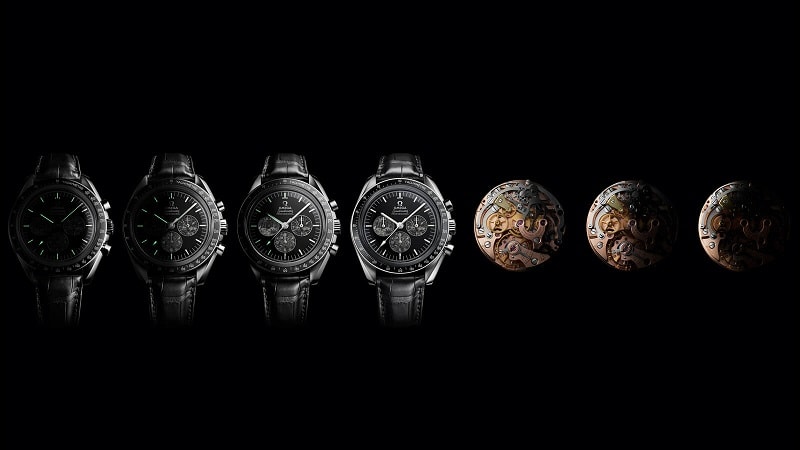 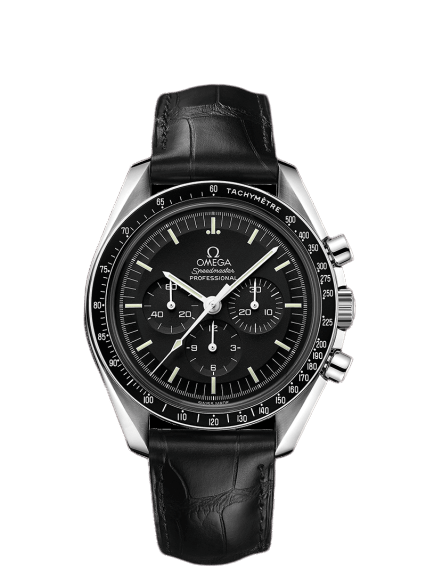 The Omega Speedmaster is one of Omega’s most exemplary timepieces to this present moment. It has a bright history with cores linked to space travel. This is unknown to a lot of people but the most liked Speedmaster models in this day and time were not initially regarded as a timepiece for space travel. 1957 was the year it was first released and was described as a sports and racing chronograph watch, as Omega were the authorised timekeeper of the Olympic games.

Developments followed when NASA chose to use the Omega Speedmaster for its guarded explorations into space, while also being involved in the Apollo program. The aviator and military pilot Walter Schirra was about to begin the Mercury-Atlas 8 Mission and as a way to perhaps imprint the significant event, had gone on a search for a watch to mark the occasion. Omega had by that time solidified a position for itself in the market and with the launch of the alluring Speedmaster Chronograph and certainly caught Schirra’s attention. This was the turning point in Speedmaster’s history as from this point forward, it was the watch of choice for several space travel missions.

Between 1964 and 1965, the “Professional” name was added to the Speedmaster. The timepiece has since then solidified its legacy as NASA’s go-to watch for space missions due to the phenomena that happened on Apollo 13. During the Apollo 13 exploration, there was a burst and explosion on one of the oxygen tanks that provoked vital internal failure on the spacecraft. With the oxygen quickly running out for the crew and the navigational and directional devices malfunctioning as well the astronauts had to fire the engines at an exact time to ensure safe re-entry to the Earth’s atmosphere at precisely the right angle.

The crew timed the discharge of the engines perfectly and the burners were accurately activated; it lasted a record of 4 minutes and 24 seconds. Then they made two small mid-course corrections. The Speedmaster used a total of 14 seconds to perform one of the smaller mid-course corrections before it got to Earth. A wrong angle and incorrect activation of the burners could have resulted in the loss of lives or endless rotation around the sun for the crew. A Silver Snoopy award which is a recognition given for making an important distinction on space missions was presented to the inventors of the Speedmaster timepiece, Omega. The Omega Speedmaster came to the rescue when the computer and distinct technical systems failed, it has held a special place every since.

The layout of the dial is just as elegant as the timepiece itself. For a long time, the dial has not quite changed. It is still remarkably stunning. The Speedmaster Moonwatch Professional Chronograph has the standard tachymeter housed inside it. There is a 30-minute counter on the three o’clock position, the 12-hour counter is placed on the six o’clock and a constant seconds counter on the nine o’clock position.

The dial features the unique black and white contrast that is peculiar to the Omega Speedmaster models. The dial itself is black while the indexes, hour, minute, second hands and the hour markers are done in white. The three counters are also white-coloured. This is very crucial for lenient readability and would come in useful during the space explorations. The limited Moonwatch 321 Edition, on the other hand, features an onyx two layered step-dial with meteorite sub-dials. These work brilliantly with the deep black colour of the main dial face.

The case of the Omega Speedmaster Moonwatch Professional Chronograph is measured at 42mm diameter. It warmly wraps around a 7-inch wrist without the lugs sticking out the distance between lugs is 20mm). When worn with a steel bracelet the 117 grams (4.13 ounces) timepiece feels very heavier on the wrist.

The Omega Speedmaster Moonwatch Professional Chronograph measures at exactly 14mm in height, which implies that while it does stand very tall, it does not get in the way of daily or constant wear. Regardless of the strap, it is matched with, this is no doubt a timepiece that looks satisfactory.

The Speedmaster Moonwatch Professional Chronograph is driven by the mechanical Calibre 1861 or 1863 movement or Calibre 321 (for the special 321 Moonwatch edition). The calibre 1863 utilises premium standard items, comes with a rhodium-plated finish and an exhibiting case-back to be able to appreciate the movement in action. The current calibre is a manual chronograph movement which infers that there is no rotor present. With the disposal of the rotor, it makes way for the lovely exhibiting work dial to be sighted at full potential and truly admired. Omega has gone the extra mile to ensure the movement looks aesthetically attractive.

The bridges have a neat polished finish in one direction, while the perimeters are also rounded off pleasingly. For a very luxurious timepiece and bank-breaking, the detailed working of the movement is exceptionally well done by the company and is worth every money. The calibre 1863 movement provides up to 48 hours of power reserve while also having 50 metres water-resistance. The 321 movement, on the other hand, was the first movement ever used in the OMEGA Speedmaster collection in 1957.

Omega presents their in-house produced Nato straps for this timepiece, noting that astronauts wore these Nato straps for their space explorations due to much less possibility of the watch separating from the bracelet. This means it is wearable in this modern-day, and it is almost suited to any event.

You can wear this watch to outdoor events with the fun bright summer colours of the Nato straps or even to less conventional events and day-to-day wear when matched with the black leather strap. The steel bracelet option provides a use-case for those conventional events where a suit is obliged or if the wearer would rather like to have the timepiece feeling a little enormous on the wrist. The leather bracelet can match very nicely with a suit as well due to the extra black and white contrast the leather band amplifies.