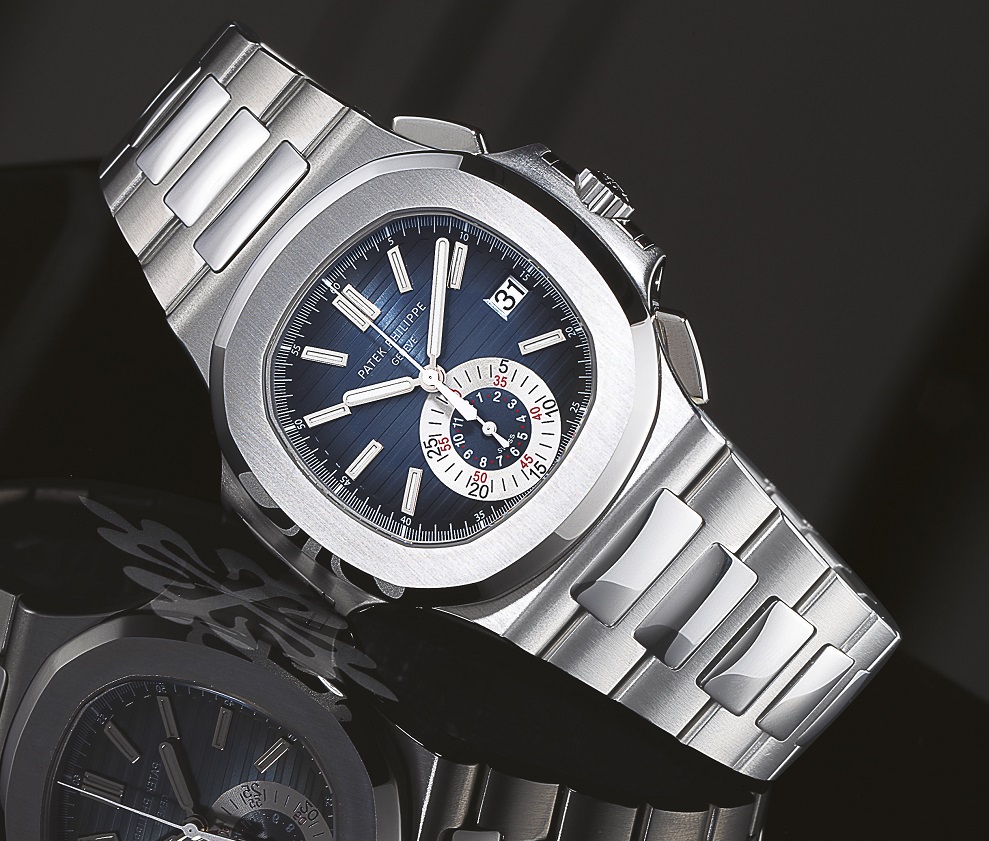 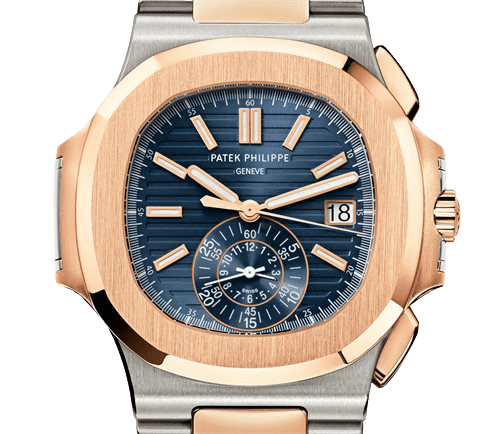 The Patek Philippe 5980 Nautilus collection was released in 2006, with a new version released in 2013. This was also the same year the Nautilus marked its 30th anniversary – a landmark accomplishment. Some fanatics may argue that the Nautilus 5980 is not a ‘real’ Patek Philippe like other models in the collection, but fail to recognise the 5980 did not only celebrate the comeback of the Nautilus but also its newly manufactured, in-house automatic chronograph movement.

7The Nautilus 5980 flew the Nautilus collection to new heights. The timepiece deviates slightly from the Nautilus design but bears striking similarities with the 5712 and 5726 variants. Even through the last decade, the brand is still alive and intact and at the same time holding its own among the sporting chronograph champions. The Patek Philippe Nautilus 5980 is a legend among contemporary watches.

The design of the 5980 was to make sure that the Nautilus heritage remained untouched. Even with the requirement for chronograph pushers at the two and four o’clock position, the manufacturers ensured that would not separate the long-time vintage design that is the Nautilus.

Preceding the classic chronograph round pushers that we see from common chronographs, they used two specially made flat pushers on both sides of the right ‘ear’. This made the pushers almost unnoticeable when gazing upon the time, a tangible high-point in making sure that no extreme artistic modifications were initiated and that the primary design was maintained.

Looking at the dial, you will notice the gradation in the dark blue, black or brown dial colours available. This gradient effect starts from the centre to the edge of the dial. This different look was essentially borrowed from the base Nautilus line. The dial of the Nautilus 5980 timepiece also features a horizontal-etched design that generates these three-dimensional effects in place of the patisserie that can be found in other luxury sports watch.

It possesses nine instead of twelve index markers in white gold and coated with luminous layering – this gives the capacity for the robust co-axial chronograph subdial to suit right above the six o’clock designation. The date window is placed at three o’clock, an identical feature in the original Nautilus. The dial itself is in all manners as elegant as it can be, everything from the graded colour scheme to the stick-shaped hour markers, are created to make a watch aficionado’s heart drop. Importantly, it is the very image of the watch and one that is to be looked upon by its wearer for a long time.

The dial is easy to read and straightforward. The date is larger than regular and easy to read. The date is fixed through a pusher on the case. That is because this is the same calibre as the 5960 chronograph that features a yearly calendar. This is unsuitable since the wearer needs a pushpin or toothpick. I prefer date adjustment through the crown. While the co-axial chrono-counter makes the dial cleaner, it is difficult to read at particular periods when the hands encircle the subdial.

It, however, takes some time to get used to the 30-minute chrono-counter in the subdial, though everything else shows in a quick gaze. Maybe the only con here is that there is no attached seconds hand in this watch. In case you are impatient to find out if the timepiece is operating or not, you might need to wait a minute or two to know, or turn on the chronograph.

The timepiece is one of the largest variants in the Nautilus collection. This is due to the chronograph movement and making the chronograph pushers. Comprising the ears, the diameter of the watch case measures 40.5mm. It measures 12.2mm in height and is heavier and more sturdy than many base Nautilus models. The Nautilus 598 is available in three case versions – stainless steel, stainless steel and rose gold, rose gold. These look brilliant, especially the rose gold as it adds a real luxurious and premium feel to this chronograph.

Do not forget though, that the Nautilus frequently receives accolades for its slim case, so the 5980 model slightly veers off to a different direction. The density of the 5980 case guarantees that it wears far more like a contemporary sports watch than a classic Patek Philippe watch. Through the sapphire case back, the Patek’s in-house movement (a classic Geneva Hallmark) can be spotted.

This Nautilus model, when released, introduced a new chronograph movement. Inside the 5980 is an in-house movement produced by Patek: the new Calibre CH 28-520, which exhibits a hefty 21-carat gold central rotor that spins the movement (maintenance-free ceramic winding rotor bearings).

This timepiece contains various features such as a Breguet balance spring, a vertical clutch that allows the chronograph to operate continuously, a column wheel, a generous 55-hour power reserve and a four-arm Gyromax balance that beats at 28,800 oscillations every sixty minutes. The chronograph performs as designed, the start stops at two o’clock, with hand reset and flyback at four o’clock. The date though needs a little of a push pin for immediate correction. It is, however, one of the most advanced and elegant sports chronographs on demand.

There is also a leather option available with the rose-gold variant although we are not completely convinced with this combination. The bracelets have beautifully polished centre links and wonderfully bevelled edges on the brushed links. This is a good use of steel and rose-gold materials in a high-end luxury watch.

With this being a Patek Philippe, the price for the Nautilus 5980 Chronograph is expected, although it is not for the faint-hearted.

Review: Patek Philippe Nautilus 5980
Final Thoughts
Introduced in 2006, the Nautilus Chronograph has gone one to be a popular part of the Patek collection. Nothing quite says 'luxury' as a Patek, and the 5980 model does not disappoint. The Patek Phillipe seal, gold applied hour markings and luminescent coating all add to the wide appeal of this great watch.
Dial
Case
Wearability
Price
Positives
Great in-house movement
Robust and reliable
Built for luxury in sport
Negatives
Only available in one size
No dedicated second-hands
Bracelet is prone to scratches
4.2
Editor's Score
More images