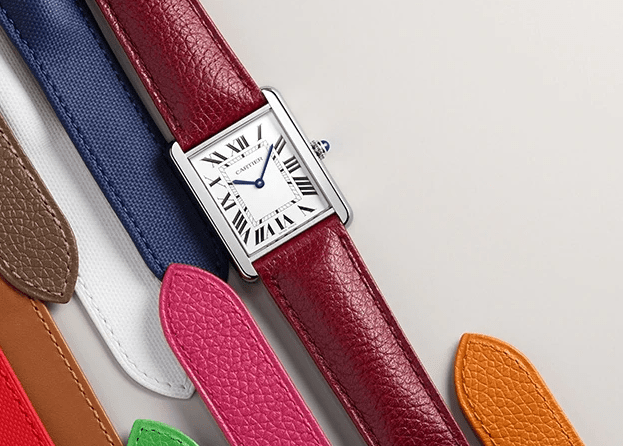 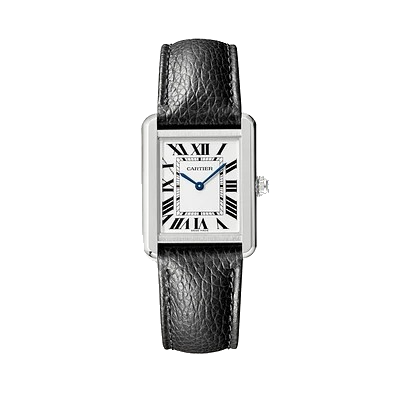 The first ancestor of the Cartier Tank Solo, “the Tank” first came in 1917. When initially introduced, it had a rectangular form–almost square-like with robust rails on each side of the Roman numeral dial, and a design that was hard to find at that period. Familiar with the importance of time, Cartier swiftly started to build on the Tank, developing distinct sub-families of Tank timepieces with unique profiles, different dial alternatives, and other narratives.

A few years later, Cartier launched another product, its first curved case: Tank Cintrée (meaning “curved”). More than a trendsetter, the introduction of this watch model is an indelible revolutionary. Here I will tell you why: it was 1921, and wristwatch invention just prevailed, and round wristwatches were the most common, but there was a “curved-rectangular” wristwatch about to change the horology culture.

It did not entirely stop there. Cintrée adorned and accompanied the innovative curved case with a new, state-of-the-art dial. It was coupled with a curved end-side chapter ring to iterate the curvature of the case. The direct implication of that is the immense negative space left in the dial, further exposing the Roman numerals in a peculiar attitude, thus, bringing attention to the edge and the case.

The popular Tank Solo model was initially launched in 2004, 13 years before Cartier, the French luxury giant celebrated its 100th anniversary and rolled out a line of modernised models of the timepiece. One of them was the Tank Solo; it is a modern reworked model of Cartier’s iconic Tank model. It is the closest to the original iteration. The Tank Solo has a neat and sleek refinement, with a very polished and sophisticated look. The timepiece is also highly rated by many as a day-to-day watch, more so because it is long-lasting and its design is simple, even when packaged in more sophisticated versions like the rose gold finish and stainless steel bracelets.

The simple, contemporary design of the Tank Solo timepiece transformed it into a masterpiece since it first came up in the Tank collection. The Tank Solo pays homage to the unique aesthetic that has been the collection’s success while remaking the version with several variations. Now, this timepiece is available in two options: there is an automatic version and a quartz version. Both have similarities such as the classic and the overall looks. The distinct case sizes and other differences will be discussed below.

The dials on both models are measured equally. The Cartier Tank Solo Automatic has the words “Cartier” printed in black on the silver dial just under the 12 o’clock spot and “Swiss Made” printed under the 6 o’clock area under the date aperture—a function which is not available on the Quartz. While the Roman numerals for 6 o’clock cannot be found on the Tank Solo Automatic, the quartz version, on the other hand, has Roman numerals including the digit at the 6 o’clock spot with the words “Swiss Made” printed in black under it.

The dials are iridescent and have many of the aesthetic features that Cartier has made well-known in the past years. The 7 o’clock spot has a numeral that displays the “Cartier” engraving; one of the company’s effective methods against counterfeiting. This spotless dial has been one of Cartier’s most unique elements in this line.

The Roman numerals look stunning on the Tank Solo watch dials. The Cartier Tank Solo also has a rail-track minute circle, and the flat glass emphasises its modernism and refinement. Both the Cartier quartz and automatic Tank Solos have blued sword-shaped hour and minute hands as well.

The quartz models are provided in two sizes, a ladies 24.4mm x 31mm, and a midsize watch which is 27mm x 34.8mm. The Tank Solo Automatic is only ready in a larger size 31mm x 40.85mm for men. Models are available in an 18-carat yellow or rose gold case and a stainless steel case.

However, on the Cartier Tank Solo Automatic, there is no see-through case back. Instead, just like on the Tank Louis Cartier, you will see a durable stainless steel case back which comes in handy if you desire to etch an inscription or gift message on it.

While there are minor distinctions in appearance, it is essential to note that these are two very different timepieces. One is an automatic mechanical watch with a mechanical movement, and the other is a quartz watch and possesses a battery-powered movement.

A quartz watch functions with a quartz movement which is powered by a watch battery and a quartz crystal. The battery transmits an electric current to the quartz crystal, developing a vibration or an oscillation. Quartz is a high-frequency crystal, and it reverberates at 32,768 revolutions per second offering increased precision.

An automatic movement, however, is solely mechanical. It is motorised by the friction of a tightly wound spring. An automatic watch (also known as a self-winding watch) is wound up when first used, often through the winding crown and then is powered through a rotor using your movement as you wear it. The in-house 1847 MC movement powers it. It is water-resistant to 30 meters (3 bars), with a 42-hour power reserve, and its frequency runs at 28,000 Hz, making this version an excellent choice for everyday wear.

There are many strap options: you can find the Tank Solo on a black calfskin strap, a black or brown alligator leather strap, and a stainless steel bracelet.

The Cartier Tank Solo in stainless steel is packaged with the deployment clasp, making the watch very comfortable to wear. It may take some time to get the leather strap set up suitably, as it has to be furrowed, squeezed and inserted into place within the clasp. It can get hard to set up, but the Cartier tank solo leather strap is of excellent quality and reliable.

The Tank Solo’s price ranges from £2,000 for the base Tank Solo watch. This is the small model with quartz movement and a steel case.

The mid model costs around £4,100 and sports an 18K yellow gold case with steel case. At the top end is the extra large model with mechanical self-winding movement an 18K rose gold and a steel case back for £7,400.

Review: Cartier Tank Solo
Final Thoughts
The Cartier Tank Solo provides another link of elegance and class from the Cartier family. Known for their simplicity, Cartier watches are a favourite with many high class women, the Tank Solo however is not limited to women, providing an XL model for men likewise or those with bigger risks.
Dial
Case
Wearability
Price
Positives
Comfortable, stylish wearability
Quartz and mechanical self-winding models for brilliant accuracy
Interchangeable straps
Negatives
The dial may be crowded
Lack of sizes
4.3
Editor's Score
More images