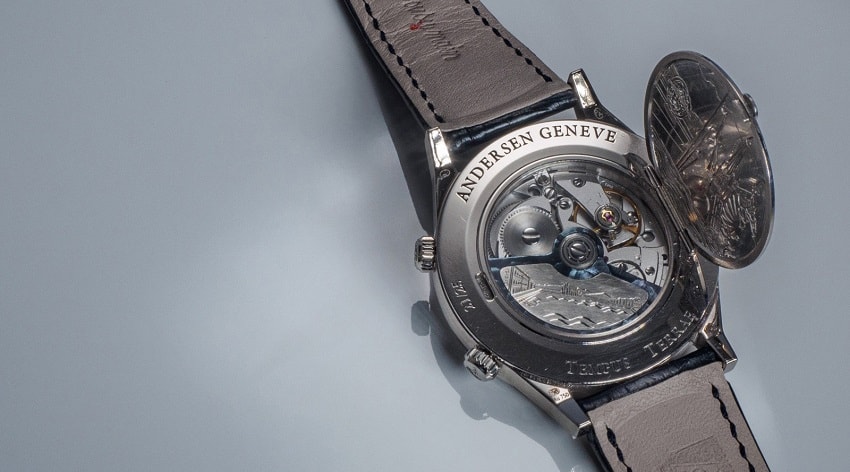 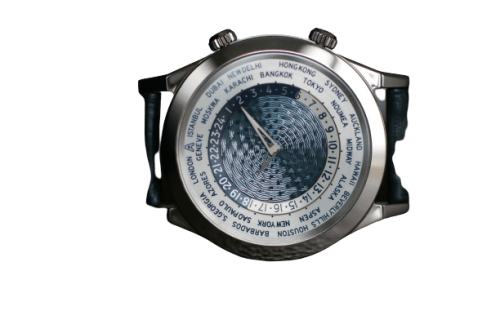 Svend Andersen founded Andersen Genève in the late 1970s. He established his workshop after he had spent nine years at Patek Philippe in their Atelier des Grandes complications. His watchmaking career was launched by making cases for collectors, then moving to purpose-built manufacturing watches named pièce unique. Since then, Andersen Genève has not stopped creating intricate and complex timepieces like perpetual calendar, annual calendars, jumping hour calendars and the masterpiece, secular calendar.

Opportunity begets success. In the 1970s, while Svend Andersen was still working at Patek Philippe, he worked with world-time timepieces developed by the Genèva-based watchmaker, Louis Cottier. Andersen was a co-founder and member of AHCI (Académie Horlogère des Créateurs Indépendants) in 1985. He was involved in the initial crafting Cottier’s first world-time watch in 1989. A groundbreaking world-timer watch that was delivered to watch collectors in 1990. Andersen Svend has not stopped developing various series of World-time timepieces ever since then.

The Tempus Terrae was the fifth edition of the World-time watches by Andersen Genève. It is a watch designed to celebrate the essence of the early world-timers, a watch that is influenced by its older generations. This particular watch celebrates the 25 years (1990 to 2015) anniversary of world-time watches with an indication of diverse timezones. The timezone indication has constantly improved since Andersen Genève’s first world-time timepiece in 1990. The Tempus Terrae now has more new resolutions in the finishings, the materials used, the colours of the movement. Yet, the whole aura is wholly appreciated.

The Tempus Terrae “25th Anniversary” is projected in a limited edition of 25 pieces in yellow gold (2N), 25 in red gold (5N) and 25 in white gold. Watch collectors are given the option of having an important display ingrained on the case-back of the timepiece. Thus making the Tempus Terrae a truly special and memorable watch to own.

Let us take a look at the dial of Tempus Terrae. It is produced in-house and has a classical physical arrangement. The middle section of the dial is a centre disc measured 18mm in blue gold and then hand-guilloché (engine-turned) – available in two options, ‘tapisserie’ or scale. Blue gold centre disc is a 21-carat gold base with iron components mixed in the casting. Once heated, it turns to a (radiant and brilliant) blue colour depending on the period of the heating. Therefore, every Blue gold dial has a distinctive colour. This material is likewise used for the rotor with guilloché engraving.

The attribute of the Cottier double-crown is notable. One of the two crowns is fixed at two o’clock and is indicated with the “A” Andersen Genève logo. The crown is used to control the watch hands, which are made of brushed gold and shaped like the logo “A”. Visually this adds a good improvement in legibility.

The second crown has a “TT” and globe symbol, used to control the city equivalent to the local time so that when travelling, the world time can be read on the 24-hour subdial closer to the city dial. The World Time zone scale is also set on a silvery-white metal disc with dark-blue city names; customisation available in colours and names of the cities.

The dial has multiple parts, with one revolving ring showing 24-hour time zones with day and night colouration in dark blue and silvery-white metal. Interestingly, all of the five editions of World Time timepieces have certain details in common. On the “City Ring”, “Moskwa” is written instead of Moscow. In the past, Andersen Genève used to print the names of the cities in their local languages. Later, every city name was printed in either or French or English. The only exception is “Moskwa” which means Moscow but written in Roman-Russian language. This detail continues to be present on every World Time timepiece in honour regard to Russian collectors who have been loyal customers since the beginning.

The timepiece has a slim case measured at 39 mm diameter, a height of 9mm, and the width between lugs at 20mm. The case is available in yellow, red and white 18-carat gold. It has a hunter caseback and two sapphire crystals. There is a water-resistant capacity of 30 metres (3 bar/100ft).

The back of Tempus Terrae features a hunter case-back. This feature has a spot for unique text graphic to be inscribed on the inner back cover. The hinge is brilliantly designed, with the hook hidden when the hunter back is closed. It is easy and effortless to open, and it is firm; it hangs where it is left, gripped by friction. It opens to a maximum of 85 degrees and as soon as the case-back cover opens, the designed movement with “Côtes de Genève” and “Perlage” appears below the sapphire glass. The wearer will be gladly stunned to discover yet again a Blue Gold hand, guilloché-scale texture on the rotor; the same design as on the dial.

The Tempus Terrae watch is driven by a high-quality Swiss automatic movement, upgraded by Andersen Genève with a timezone complication module. It has 17 jewels and beats at 28,800 vph with a power reserve of 40 hours. We would have preferred a high power reserve in line with its peers, but it is still at an acceptable level.

Even though the Tempus Terrae is a large watch, it still feels slender. It is very comfortable to wear and is obvious that no compromise has been made on the quality. The bracelet is a 20mm hand-stitched alligator leather available in colours black, brown and grey with 18-carat buckle or 18-carat folding clasp in the same colour – yellow (2N), red (5N) or white gold – as the case.