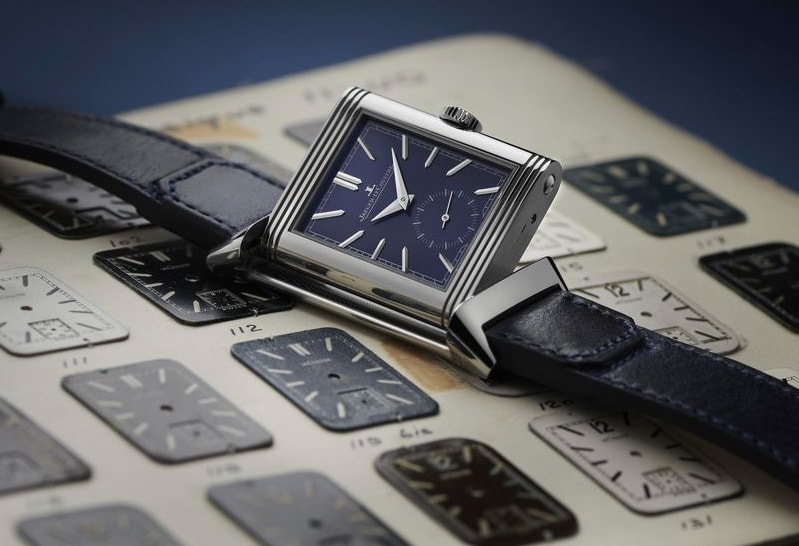 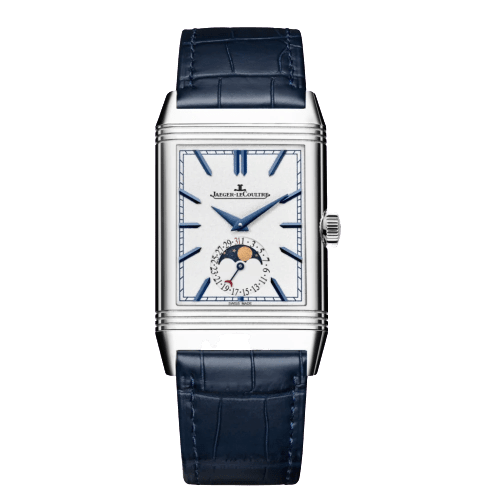 Since Jaeger and LeCoultre joined forces in 1931, it has been on the forefront of unique and innovative luxury timepieces. The Reverso watch is such an example. This watch was designed to endure the full-blown polo match played between the British Army officers in India. It became groundbreaking in Europe for its iconic art-deco styling, beautiful, rectangular lines, precise gadroons, and other exciting features of the angular watch. A classic and luxurious brand for elite timepiece connoisseurs. Reverso seized production in the mid-20 century and did not resurface until the 1980s. Since then, the Reverso has been on the list of top must-have luxury watches.

The Jaeger-LeCoultre Reverso is a timepiece that has been charming admirers with exotic tastes since its inception. Reverso’s allure grew over the years from a functional prospect to one that is now built on affection, if not pure admiration, and the unique story behind a timepiece made out of necessity. By turning its case, the watch opens (on one-sided models). Another model has a watch face similar to a clear page, which responds to the personal touch. This allows the owner to set their imagination loose and write a part of themselves in time.

The virtue of the Reverso Tribute exudes through in every piece of the deep-rooted collection. From the complex Tribute Gyrotourbillon to the exquisite yet simple Tribute Calendar, the unique rectangular case and art-deco design of the collection is truly an exquisite rendition of Jaeger-LeCoultre’s artisan values.

Its front has a bright and skeleton dial with dauphine hands (the Hublot LeFerrari MP-05 is another watch with a creative open-skeleton dial)., a skeletonised cage for the mainspring barrel with the “JL” logo at its right side. The Reverso Tribute Gyrotourbillion also has a day-night signal to the left of the main dial. With its large tourbillon frame, it displays the seconds, with the only visible numerals being 55 to 05, and 25 to 35. The timepiece requires manual-winding and contains three hundred and eighty-five components, fifty-two jewels, two barrels, vibrates twenty-one thousand and six hundred times per hour and has a measured height of 6.85 mm.

Giving a closer look, you will notice the overlapping parts fixed on just one plane consist of several bridges, dials, and indices, all placed on a fraction of a millimetre above or below one another. The “Recto” feature works as a second-time zone window that can be adjusted through a button hidden in the top of the reversible case. It has the time in two time zones, and there is an AM/PM at 11 o’clock.

The Reverso Tribute Tourbillon was released after the successful launch of Gyrotourbillion model. The two watches are almost similar due to common functionalities and features: The Tourbillon model unites the two-dialled face with a complicated movement. It has front and back dauphins with two distinct dials. The front dial is blue and sunray-brushed, with appliqued hour-markers. The back dial is silver, grained, and has appliqued hour-markers also. The silvered dauphine hands stand out beautifully on the blue dial, while the flying tourbillon shows a hypnotising display that continues on the reverse at 6 o’clock. The second time zone has the AM/PM indicator at 2 o’clock.

Other models have a similar build except for differences in the watch face and some functionality. For example, the Reverso Tribute Moon has a visual moon phase and date indication. The Tribute Calendar model, on the other hand, comes with two faces that display two time zones and a complete calendar (Calendar model). Jaeger-LeCoultre provide a variety of calibres depending on the watch model:

This collection contains rectangle-shaped watches and as such sit long on the wrist, the average length is between 45mm to 50mm. The watches are however conveniently slim with a width of between 27mm to 29mm. The biggest in class would be the Reverso Tribute Gyrotourbillion which 51.3mm by 31mm.

Even at this size, it is a very comfortable watch to wear, the use of the sapphire crystal glass helps to prevent friction. It carries the family’s signature reversible case; the part of the case carrier at the back of the tourbillon cage has a mirror polish to feature the cage itself. Its back is very smooth and shiny, making it hard to miss when light reflects on it. The case is available in platinum and red-gold.

The Reverso Tribute Tourbillon has a sapphire crystal front and back glass. Despite some similarities between the watches’ functionalities, it is not so hard to see that the bodies are not quite the same. The case is a 950 platinum case with 45.5mm by 27.4mm dimensions. Sliding the upper case section sideways (as opposed to flipping it) shows the internal area of the case back. It is marked with a circle, enclosed with radiating lines.

The Reverso Tribute watches are slimmer than most manual-winding watches. They are accompanied by leather straps which are held in place by JL’s adjustable buckle deployment. The flat case-back has only the short lugs a bit exposed at a hollow edge, to help improve wearability. It is available in colours and straps such as black alligator leather, red alligator and green alligators leathers, brown leather, etc. but they can only be found and ordered by your engraved reference number.

The Jaeger-LeCoultre Reverso Tribute Tourbillon is worn on a blue scaled alligator leather strap with matching coloured stitches to conjure its fascinating and deluxe aesthetics additionally. Also, it features an 18kt white gold buckle. Unlike a lot of complex watches, it does not consider large size or walk with an awkward bearing. This is an elegant timepiece, despite its technical complication.

A timepiece like no other, first of its kind, celebrating a new blend between technical refinement and aesthetic allure; this excellent product is, however, ready to use, posing complexity and grandeur with a flick of excellence. Reverso is a brand popular with both male and female aficionados around the world.

JLC Reverso Tribute collection is truly an exceptional demonstration of the brand’s focus on intricate watch design and functionality. The range starts from around £6,500 ($8,100) for the Tribute Small seconds model. The Tribute Moon and Tribute Calendar are around £11,600 ($14,600) and £19,000 ($23,900) respectively.